There’s a change of leadership at the Radio Advertising Bureau.

Erica Farber is the new president and chief executive officer of the association. Jeff Haley, who led the RAB for the last five years, is leaving “to pursue a new opportunity,” according to the announcement from RAB Board Chairman Scott Herman, who’s also the executive vice president of operations at CBS Radio.

Farber assumes her new post April 16, the opening day of the spring NAB convention, and another five months until the radio show, now jointly-produced by RAB and NAB.

Haley recruited Farber to the RAB to establish a cohesive membership and services practice within the trade association. She’s been executive vice president of the RAB since 2011.

Farber is well-known in the radio industry. She was chief executive officer of a radio consulting and Internet services provider she founded in 2010 called “The Farber Connection.” Prior to that, she spent 15 years at the former Radio & Records, holding various positions such as chief operating officer, president, publisher and chief executive officer. Prior to R&R, Farber rose through the ranks at INTEREP and was executive vice president/radio development director.

Herman cited Haley’s leadership in helping RAB strengthen ties with advertisers and their agencies as well as boosting the trade group’s membership, training and business development. 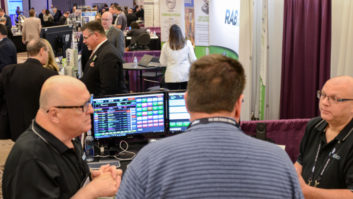 Do You Need Trained Sales People?