Are JVC and Kenwood taking a trip down the merger aisle?

Reports out of Japan over the weekend on the Nikkei business newspaper indicate that Victor Co. of Japan (JVC) told its parent firm, Matsushita Electric Industrial Co., that it would agree to merge with Kenwood and create a new holding company in 2008.

The three companies hope to reach a final agreement by the end of next month, the report said.

And why do we care? Because both Kenwood and JVC make both HD Radios and satellite digital radios and such a merger might impact product availability and price.

Representatives from the U.S. divisions of Kenwood and JVC tell me nothing’s been decided yet.

According to the Nikkei report, under the plan Kenwood will buy new JVC shares worth some ¥20 billion (about US$170 million) to hold a 13 percent stake in JVC. Matsushita would sell a portion of its 52.7 percent interest in JVC to Kenwood’s top shareholder, investment firm Sparx Group Co., it said.

Once JVC and Kenwood merge to form the new holding company, Matsushita would sell the remainder of its JVC shares to the holding company to complete the transaction, the report said.

In the year to last March, consolidated sales of JVC and Kenwood totaled about ¥910 billion (about US$7.4 billion) 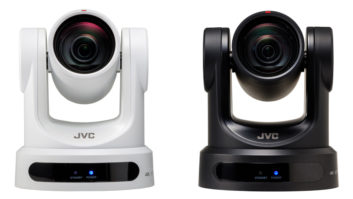