The symposium will be held Oct. 13–16 at the Caribe Royale Hotel in Orlando, Fla., and Rackley will give his keynote address at the IEEE BTS Awards lunch, held on the event’s final day.

Rackley is the founding partner of duTreil, Lundin & Rackley Inc., as well as a four-decades long member of the Broadcast Technology Society. He has also served as a board member and vice president of IEEE BTS, and he is also a past president of the Association of Federal Communications Consulting Engineers.

With a degree in electrical engineering from Clemson University and a background in AM radio engineering, Rackley is credited with helping to develop modern computer modeling techniques for both antenna and RF network analysis, as used in system design and proofing of antenna radiation patterns. A registered professional engineer, he holds general-class radiotelephone and amateur extra licenses from the FCC. 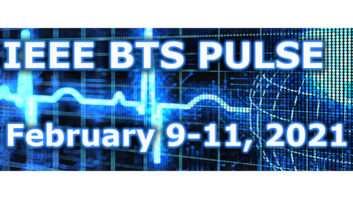