“Twitter is like any promotional tool: It should be employed in line with a station’s coordinated, well-thought-out branding strategy,” says this radio promotion, advertising and show prep expert.

“But in reality, most radio stations take an entirely random and unplanned approach to Twitter. Generally, they let someone who is keen on ‘tweeting’ set up their station Twitter account, giving no thought to what’s being said on behalf of their brand identity.”

“The percentage of stations that use Twitter effectively is comparable to the percentage of those that consistently create effective radio commercials, which is about 10 percent,” he believes.

“The reason so many misuse Twitter is because they don’t understand how it can be used to drive traffic to your Web site and station — or away from it.”

O’Day will headline a Monday session at the NAB Show about “How to Use Twitter to Increase Your Station’s Ratings and Revenue.”

His goal is deliver simple, smart ways to make Twitter a useful part of a radio or TV station’s promotional efforts.

Okay, Mr. O’Day: So how can a station use Twitter effectively?

“Step one is to get onto Twitter and register your station name; one that ideally fits your on-air tag line, or as close to it as you can get,” he said.

“This is something you can do right now, or right after you listen to my NAB 2010 talk.”

Caution: Be sure to have the Twitter account created by a long-term employee who can be trusted to hang around, because it will be their e-mail that controls access to the account. Better yet, manage it yourself.

Once you have nailed down your Twitter name, the next thing to do is … pause and think.

“Twitter really pushes new users to get tweeting, but don’t give into that temptation,” O’Day advises. “Your first tweet is your station’s introduction to the Twitter universe (i.e. the ‘Twittiverse’) so it better deliver the kind of brand statement you want to promote.

“Posting ‘so what do I do with this thing?’ — which is what most first-time tweeters do — really doesn’t do much for your image. So decide how your station will portray itself on Twitter, before posting your first tweet.”

“This is where you need to post something that accurately sums up your station brand. For instance, if you are positioning your station as an upstart rock renegade in constant danger of annihilation by an angered Establishment, your bio should reflect this: ‘We ARE the Tri-Cities renegade rocker that The Man wants to CRUSH. Until the FCC, the banks and the suits shut us down, we’ll be PLAYING the kind of KILLER ROCK you can’t find anywhere else.’”

For the record, this branding bio is 158 characters in length; well within Twitter’s limits.

“It also clearly polarizes Twitter users into those who want to identify with your image, and those that don’t,” O’Day says.

“Polarization is key to effective branding, because it creates an ‘in’ group of people who endorse what you stand for, and are motivated to follow your tweets, plus tune in online and over the air.”

This is just the beginning. Strategically planned tweets can play off this image, promoting personalities, programs, special events, promotions and anything else that boosts your station brand.

Twitter can also be used to post links to your Web site, including photo and streaming audio/video clips. And if other Twitterers like what you’re saying, chances are they will forward — “re-tweet” — your messages to other users. This builds the number of followers who receive every tweet you send. The more followers, the more people reached — and all for free. (That’s right: Twitter is free.)

Twitter can be used to provide the Twittiverse with an apparently “private” view of popular radio personalities.

“BBC 1 presenter Chris Moyles, whose on-air persona has a bit of an edge to it, uses Twitter to portray a softer, more human side of himself,” O’Day said. “That’s part of Chris’s overall strategy; and my understanding is that he has a staff member who actually handles the tweeting for him.” Moyle’s Twitter account name is CHRISDJMOYLES. As of press time, he has 439,540 followers.

“Whether you do one or 20 tweets a day, be consistent,” he says. “People won’t stick with you if you tweet excessively for a week, then drop to nearly nothing from then on.” Tweets should also always relate back to the brand and they should be interesting. Don’t let station staff post what sandwiches they are having for lunch.

“Like the Web, television and newspapers, Twitter can be a useful tool for promoting your station,” O’Day concludes. “Is it a must-have? No, in the sense that you can succeed without it. But since Twitter is free and has the potential to reach thousands of people at no cost to you, why not use it?” 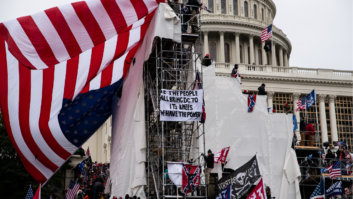