SBE President Jim Leifer, CPBE, said, “Education is still one of the prime efforts of the SBE. These four rising engineering talents have earned their educational awards through the Ennes Educational Foundation Trust, and it’s an honor for us to help them achieve their educational goals in broadcast engineering.” Robert Greenberg Scholarship is Chris Gamelin of Middletown, Ct.. His interest in broadcasting began when he was 12. He learned how radio worked and started his own internet radio station and collected money to build a professional studio. According to a release, he has improved his radio skills at WNHU(FM), the University of New Haven and WQUN(AM) at Quinnipiac University. He is currently a student at the University of New Haven, hoping to finish his part-time schooling soon. Gamelin has also worked as an assistant engineer at Entercom, and is now a maintenance technician at WFSB(TV). He has learned to operate UAVs. 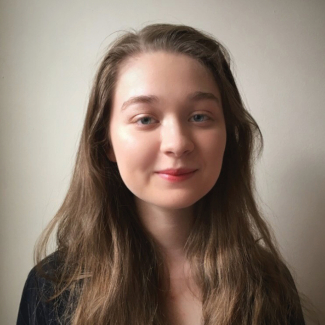 John H. Battison SBE Founder’s Scholarship has been awarded to Sadie Levy. She recently graduated from Fiorello H. LaGuardia High School of Music & Art and Performing Arts, where she worked on various school productions as a Digital Media Dept. intern. Additionally, she was awarded scholarships to study digital electronics in pre-college programs at both The Cooper Union and New York University. This past summer, she completed a media internship in a New York City government office. According to an SBE release, these opportunities made her realize that she would love to contribute to the field of recording and new media. She plans to major in electrical engineering, with an interest in media production, at Northeastern University in Boston. Andrew Marcus Heller of Two Rivers, Wis., received the Youth Scholarship. His father owns two AM radio stations. Andrew was the first person to turn on WTRW’s solid-state transmitter at age three, and then again, WGBW’s 12 kW transmitter at Denmark, Wis., at 11 years old. He has been involved in his high school audio/video efforts. With a 3.9 grade point average in his senior year, he was accepted to the science and engineering program at the University of Minnesota–Twin Cities.