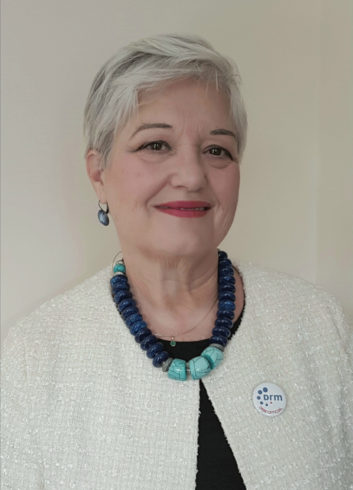 Thank you to David Fernandez Quijada of the EBU for giving a bird’s eye view (“EBU Finds That Radio Is in the Air”) of live radio and its strong place in people’s lives, or — more precisely — only the billion or so lives concentrated primarily in the high-density developed countries of Europe, examined in detail with Eurocentric magnifying glasses.

What definitely caught the eye of DRM Consortium members was the figure of 90% of terrestrial broadcasts using analog FM (at least in the 56 EBU member countries surveyed, accounting for less than the population of India, though the report’s data source is not referenced in the article). This is astounding, and represents an enormous opportunity for DRM, where three digital broadcasts can be made from the same FM transmitter. This provides for significant energy savings with minimal additional investment while using only half the analog FM bandwidth and while one single FM transmitter can carry multiple DRM transmissions e.g., 18 audio and six data channels.

It is surprising how strong analog FM still is, when so much has been said and done to promote digital broadcasting, mainly DAB/DAB+, in the EBU space where it is hailed as the standard of choice. Only about one-tenth of radio services available are digital, and the bulk of these are in the U.K.; this must be considered a bit disappointing after so many European countries have adopted DAB over the past 30 years.

The author, rightly, sees menacing clouds for FM and a downright dark future for analog networks in longwave and medium-wave, where U.K. alone is still operating 69 services.

As the author knows, by lumping together analog AM with FM and digital radio (Read:DAB+), whose growth was from ground zero upwards but remains in that 10% niche space, he is inevitably comparing apples and oranges.

Summer is not like winter and FM and DAB+ are not like AM. Around 900 DAB+ transmitters provide public radio programs to around 5 million people in small- to medium-sized countries like Norway. Thirty-five medium-wave transmitters offer broadcasts and services to about 800 million people in India. One of the North African countries surveyed is currently in the process of getting a huge project of shortwave and medium-wave installations off the ground to cover its widely dispersed population.

Big countries cannot simply switch to FM or other short-range, local digital solutions and achieve total country coverage, unless their budgets and patience reserves are bottomless. China and India are not part of the EBU survey but worth mentioning for their huge investment in digital AM (DRM in shortwave and medium-wave). Alone, China and India account for over a quarter of the world’s population and cannot be dismissed simply because they aren’t in Europe. This fact might be more relevant than Mongolia’s unique attachment to longwave broadcasting!

When considering shortwave, relegated to a footnote in the article, it might be useful to mention that the vast majority of shortwave transmitters being currently shipped or on order are DRM-capable, as there is renewed interest in digital SW post-COVID. As to the cost of local digital compared to large coverage with DRM, it would be useful to research cost per square kilometer rather than cost per listener. Shortwave can compete per listener, too, if only transmitting at lower power into a city. And while the author correctly identifies religious program as content, he fails to mention all the international news services (e.g. BBC World Service, Radio New Zealand, KDDI, KBS, Voice of America, Radio Romania International), current affairs, music, cultural and educational broadcasts to populations with few other sources of information or connectivity, presumably because they aren’t relevant to European audiences.

DRM has been embraced as a viable digital alternative to shortwave, not just in the center of Europe where FM and the internet are almost universally available, not in the current context of the pandemic, where 20% of the world’s poorest children could not go to school, and not that of 20 years ago when DAB/DAB+ announced it was the standard of the future.

Taking a holistic and nuanced look at radio and supporting its transition from analog to digital using best suited platform is what we expect of neutral EBU, its talent and resources.

Such a look should stress that radio remains a vibrant and successful platform, reaching well beyond line of sight and, with a digital transformation, providing a valuable service also to those unable to access the internet. This new radio platform is providing interference-free reception, tuning by brand and not frequency, energy and spectral efficiencies with opportunities for many more channels and data, the driving forces and universal benefits supported by the DRM consortium.